Click on these links to download the full:
Notice of Completion ,
Regional Plan (10 MB), and
Draft Programmatic EIR (9 MB).

The Humboldt Bay Regional Invasive Spartina Eradication and Native Salt Marsh Restoration Project involves controlling and eradicating non-native Spartina densiflora (dense-flowered cordgrass or Spartina) in Humboldt Bay, the Eel River estuary, and the Mad River estuary. The goals of the Project are to control Spartina and restore the Project area’s tidal marshlands, which provide habitat for a diverse community of plants and wildlife, including rare and threatened species of conservation concern. Control of Spartina would enhance approximately 1,700 acres of tidal wetlands. 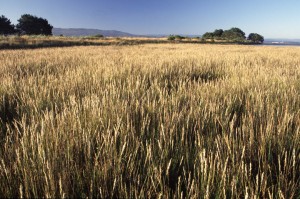 Spartina in Humboldt Bay and adjacent estuaries also threatens to colonize other West Coast estuaries via ocean dispersal of its seeds; long range seed dispersal has been demonstrated by a drift card study performed by Portland State University. Drift cards from Humboldt Bay in 2004 and 2005 were found within a month of their release in numerous locations along the Oregon coast and in southwest Washington.

Numerous treatment and control methods could be proposed in varying combinations, to create an almost unlimited number of Spartina control treatments. For the purposes of the PEIR, control methods were divided into two broad categories, mechanical and chemical. Mechanical control treatments include top mowing and/or grinding with hand-held brushcutters or minitillers; mowing with heavy equipment; top mowing followed by rototilling, disking, or crushing; covering; digging/excavating; flooding; and flaming. Chemical control treatments include herbicide applications by varying means. The Project evaluated in this Draft PEIR allows for both mechanical and chemical control methods. Alternative 1 would allow only mechanical methods. Alternative 2 is the “no Plan/Project” alternative, which fulfills the requirement for a “no Project” alternative. In this case, “no Project” means that existing eradication efforts would likely continue, but they would not be coordinated with each other. 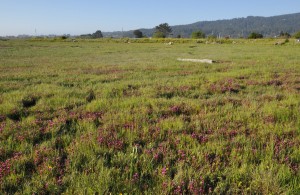 The California Coastal Conservancy (Conservancy) is the lead agency under CEQA. The project will be implemented in close coordination with the Humboldt Bay Harbor, Recreation and Conservation District (the “Harbor District”); the California Department of Fish and Game (CDFG); the US Fish and Wildlife Service (USFWS); the cities of Arcata and Eureka; the County of Humboldt and other local agencies; the Wiyot Tribe; and landowners whose properties support populations of Spartina. The Conservancy circulated the Notice of Preparation (NOP) on January 7, 2011; the NOP and its comments defined the range of issues to be addressed in this Draft PEIR. The NOP’s circulation date defines the existing conditions considered.

Click on these links to download the full:
Notice of Completion ,
Regional Plan (10 MB), and
Draft Programmatic EIR (9 MB).

Comments on the Draft PEIR may be submitted to:

The deadline for submitting comments on the Draft PEIR is January 15, 2013.