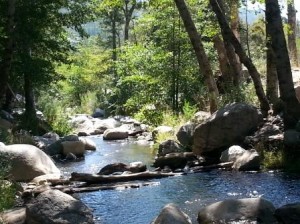 The Santa Ana River is a treasured resource.  Flowing nearly 100 miles from its northernmost reaches at the crest of the San Bernardino Mountains out to the coast near Huntington Beach, the river runs through wild lands, agriculture, parks, towns, and cities, touching the lives of millions of Californians.

The largest watershed in Southern California, it contains some of the most rapidly growing areas of the entire state as well as some of the most pristine riverine reaches remaining in Southern California. Stewardship of the Santa Ana River and its adjacent resources is critical to ensuring the continued vibrancy and resiliency of this region into the 21st century and beyond.

The sheer number of agencies and organizations with interests in the Santa Ana River makes collaboration and cooperation an absolute necessity. Recognizing the significant stakeholder engagement already active in the region, the Santa Ana River Conservancy Program works closely with the region’s counties, cities, other federal, state and local agencies, and non-profits to promote and sustain collaboration around opportunities relating to the River.

The Coastal Conservancy has funded and managed hundreds of river and aquatic resource projects including trails planning and construction, interpretive facilities and programs, resource acquisition and restoration, and urban greening and waterfront development projects. Through the Santa Ana River Conservancy Program we will be able to bring the experience and expertise of our staff, partner agencies and consultants together to support a shared vision for the Santa Ana River. 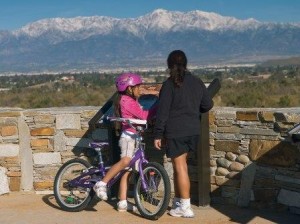 The Santa Ana River Trail offers opportunities along its full extent for local outdoor recreation while also connecting inland communities to the California Coastal Trail. The Trail spans 3 counties (Orange, Riverside, and San Bernardino) and connects 17 cities, offering opportunities for local outdoor access along its entire extent. More than seven million people live in the three counties that the trail connects. To date, 68 miles of the Santa Ana River Trail have been completed or are under construction. Completion of the trail is the starting point in the restoration and revitalization of the 100-mile Santa Ana River and its more than 600 miles of tributaries. 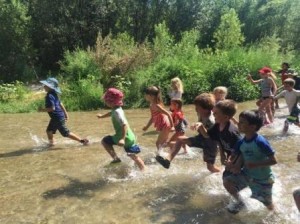 The Coastal Conservancy approved the Santa Ana River Parkway and Open Space Plan (SARP&OSP) on May 24, 2018.  The SARP&OSP builds on the success of the Santa Ana River Trail by defining a vision for expanding the river’s reach beyond the existing trail. Through collaboration with agency and nonprofit partners, the SARP&OSP identifies opportunities for recreation, education, greening, aesthetic improvement, and wildlife habitat along the corridor of the river and in parts of the river channel that can be improved without infringing on water quality, water supply, or necessary flood control.  This planning process involved regional stakeholders and the public in developing a shared vision for the Santa Ana River Trail and Parkway.

For a copy of the plan and appendices, please email Rodrigo Garcia.