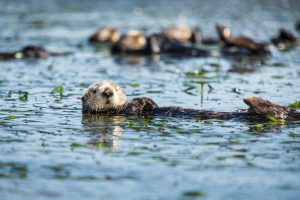 “The voluntary contributions Californians make at tax time are incredibly helpful in efforts to save the cherished California Sea Otters. The money raised through tax donations helps pay for essential research and recovery efforts to assure the conservation and survival of this extraordinary resident of our central coast.” 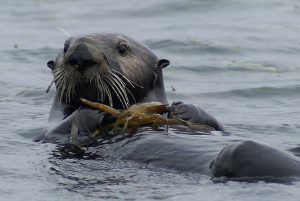 Once found along the entire coast, southern sea otters were thought to be extinct after the fur trade of the 18th and 19th century decimated their population, until around 50 otters were discovered off the coast of Big Sur in 1938.  The sea otter population has slowly been recovering and as of 2019 approximately 2,962 otters inhabit coastal waters from Pt. Conception in the south to San Mateo County in the north. This small population is still a fraction of its original population size of around 16,000-20,000 otters and is vulnerable to oil spills, environmental pollution from road and agricultural run-off, parasites, predation by sharks, and other threats.

Through Californian’s generous support of the Sea Otter Fund, the Conservancy has been able to award a total of $1,527,667 between 2008-2019 (which was matched $1,314,683) to help scientists better understand and trace the causes of sea otter mortality, identify factors limiting population growth, reduce water pollutants that are toxic to otters, develop wetland management and restoration guidance to aid in otter recovery, and educate the public how they can prevent disturbance of wild otters. The Coastal Conservancy works with the California Department of Fish and Wildlife and many others to improve the health of California sea otters. 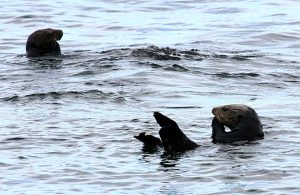 Examples of projects the Coastal Conservancy has supported thanks to the California Sea Otter Fund are:

⋅ Be Sea Otter Savvy Program: This program engages and educates kayakers and other wildlife viewers how to properly view wild sea otters to reduce disturbance, stress, and pup abandonment of sea otters.

⋅ Pinto Lake Carp Removal: The City of Watsonville removed carp, a non-native fish species, that when feeding would disturb sediments at the bottom of the lake, causing toxic algal blooms to form.   At least 31 sea otters deaths in Monterey Bay were linked to these toxins, and Pinto Lake was identified as a likely source. 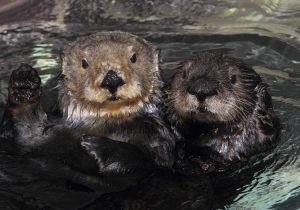 ⋅ Investigating Sea Otter Mortality Patterns: Researchers from UC Davis and California Department of Fish and Wildlife analyzed deceased otters over 15 years to determine cause of death and help understand where, when, and from what sea otters died from and to help inform recovery efforts.

⋅ Investigation Sea Otter Use of Elkhorn Slough to Inform Restoration: Over the past decade, sea otter use of Elkhorn Slough has increased dramatically and researchers from UC Santa Cruz are studying prey and habitat use of these otters to help inform habitat restoration and the potential for otters to inhabit other estuaries in California.

A summary of all projects is available here: Sea Otter Recovery Program Summary

You can help by making a donation to the California Sea Otter Fund on line 410, in the Voluntary Contributions section of your California Income Tax Form. If you itemize deductions, that donation will be tax deductible the following year. Remember to tell your tax preparer you want to make these contributions. To learn more about donating to the California Sea Otter Fund during tax time, click here: https://www.wildlife.ca.gov/Tax-Donation

The Conservancy cannot accept donations other than through the voluntary income-tax check-off program for California taxpayers.  If your wish to donate outside of this program, we recommend you support other organizations and non-profits working on sea otter recovery.

Thank you for your support! 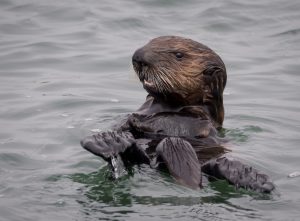 To learn more about Sea Otter Recovery managed by US Fish and Wildlife, click here: https://www.fws.gov/ventura/endangered/species/info/sso.html