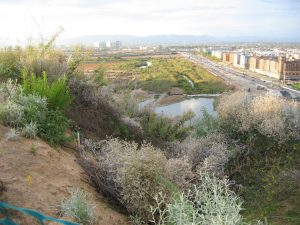 CDFW is the lead agency for the DEIR.

CDFW, in partnership with the State Coastal Conservancy and The Bay Foundation, has spent years working with the public and envisioning a plan for the revitalization of the Ballona Wetlands Ecological Reserve (BWER). The Ballona Wetlands were once a 2,000-acre expanse of marshes, mud flats, salt pans and sand dunes that stretched from Playa del Rey to Venice and inland to the Baldwin Hills. Today, BWER is 600 acres of open space that remains of the former wetlands and is owned by CDFW.

Today’s release of the DEIR opens a 60-day public comment period that is scheduled to end on Nov. 24, 2017. A public meeting is scheduled for early November. Information on where to send comments as well as detailed information about the public hearing are available at www.wildlife.ca.gov/Regions/5/Ballona-EIR.