New Strategy for the Survival of Southern California’s Wetlands 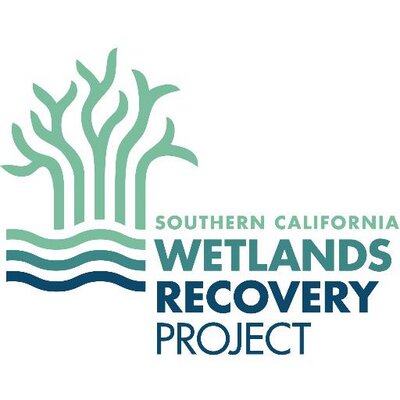 The Southern California Wetlands Recovery Project (WRP), a consortium of federal and state agencies, has been collaborating on wetlands preservation and restoration from Santa Barbara to San Diego for almost 20 years. The Regional Strategy 2018 is the culmination of four years of work to identify critical locations and best practices for the restoration of today’s wetlands, as well as the protection and enhancement of wetland-upland transition zones that may become tomorrow’s wetlands as a result of sea level rise.

Wetlands support abundant wildlife, clean water, carbon storage, flood protection and are often the only natural spaces remaining within the Southern California coastal urban matrix. Southern California has already lost 62% of its 33,400 acres of historic coastal wetlands. Those that remain are mostly diminished, altered, and highly vulnerable to the impacts of sea level rise. Without intervention, an additional 800 acres will be lost after 24 inches of sea-level rise (expected by 2050) and a further 2,900 acres will be inundated by a 66-inch rise (expected by 2100).

The Regional Strategy 2018 establishes a plan to prevent further net wetland loss, and could result in up to 7,700 new acres of wetlands by restoring historic wetland areas currently isolated behind levees and dikes and by allowing sea level rise to claim low lying coastal uplands.

“Wetlands provide some of the most productive and beneficial habitats for wildlife, people and local economies. In urbanized Southern California, coastal wetlands are many times the only natural places available to people; they provide areas for reflection, respite and relaxation.” said Sam Schuchat, Executive Officer of the California State Coastal Conservancy, “The Regional Strategy 2018 is a realistic, implementable roadmap for projects throughout the region that will preserve and potentially expand these last remaining natural places.”

The strategy is comprised of four overarching goals:

The report was developed with the input of over 50 scientists and resource managers to analyze how wetlands have changed over the past 150 years, threats they are facing, and restoration and management opportunities that will ensure their long-term health.  By bringing together scientists, government, and local organizations, the WRP has mapped potential wetland losses and identified high priority actions to restore them in the face of sea-level rise.

“The Regional Strategy 2018 is based on rigorous analysis of the region’s current wetlands and their surrounding environs to give a clear and comprehensive picture of the options for the future.  Within each of the Strategy’s goals are quantitative objectives based on specific criteria that will help guide and measure our progress.” said Professor Christine Whitcraft, Director of the Environmental Science and Policy Program at California State University, Long Beach.

The objectives will be supported by the Marsh Adaptation Planning Tool (MAPT), a new mapping tool developed with the Conservation Biology Institute that illustrates and quantifies the ecological state and future potential of wetland zones.  The WRP and its partners will use the MAPT to develop, evaluate and prioritize restoration projects.  The MAPT is available at scwrp.databasin.org.

In addition to objectives for tidal wetland restoration, the strategy encompasses preliminary objectives for watershed health, recognizing that wetlands rely on stream and sediment flow.  Coastal sustainability in the future will rely on sediment supply to nourish our beaches and wetlands, and the WRP’s objectives to remove impediments to water and sediment flow will highlight the necessity for projects that support this critical need.

Several key wetlands recovery projects are already underway in Southern California.  The WRP will use the new Regional Strategy to assess and, if necessary, augment current projects and to guide its future work.

The Regional Strategy 2018 is available here.

The Executive Summary is here.

The Southern California Wetlands Recovery Project (WRP) was created in 1997 as a regional voice for the valuable yet diminishing coastal resources of Southern California. Prior to the creation of the WRP, there was little regional coordination or communication between public agencies, nonprofit organizations, and community members who had a vested interest in Southern California’s wetlands.

Since our Working Agreement was signed on September 8, 1997 (amended December 11, 2017) by 14 state and federal resource directors and managers, the future of Southern California’s wetland resources has been much brighter. The WRP is a broad-based collaboration, led by the California Natural Resources Agency and supported by the State Coastal Conservancy and Earth Island Institute, that has public agencies, non-profits, scientists, and local communities working cooperatively to acquire and restore rivers, streams, and wetlands in coastal Southern California. The WRP’s geographic scope is from Point Conception in Santa Barbara County to the international border with Mexico.

Using a non-regulatory approach and an ecosystem-based perspective, the WRP works together to identify wetland acquisition and restoration priorities, identify funding to undertake these projects, and provide technical assistance to project proponents.

California Department of Fish and Wildlife

The MAPT is the site-specific online tool that the WRP will utilize to evaluate and prioritize restoration projects and that potential grantees will use to develop projects. The MAPT will help WRP partners translate the regional Goals down to site-specific recommendations. The MAPT is available at scwrp.databasin.org