The Island that Came in from the Cold 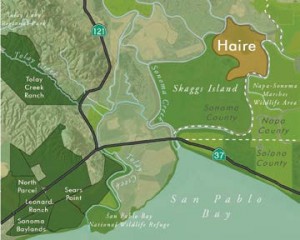 For years, Skaggs Island was a tantalizing blank in the map of San Pablo Bay wetlands restoration. Two-thirds of it was owned by the US Navy, which had operated a top- secret listening post there; the rest was privately-owned farmland, where the Haire family grew oat hay. Converting any of the 4,400 acres back to tidal wetland was out of the question, until recently, when key pieces in the North Bay restoration puzzle fell into place, including acquisition of what the Sonoma Land Trust’s Wendy Eliot calls “the Holy Grail.” With the addition of the Haire Ranch in 2013, partially funded by the Coastal Conservancy, restoring Skaggs is no longer a pipe dream. Read this latest story from the March 2014 issue of ESTUARY Newsmagazine: http://www.sfestuary.org/the-island-that-came-in-from-the-cold/