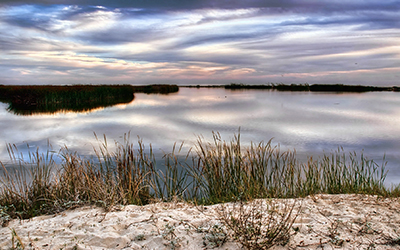 Wetlands were the cradle of life on the earth’s surface. They are still among the planet’s richest environments and offer countless benefits to people. Acre for acre, wetlands are one of the most productive wildlife habitats on earth. They are nurseries for fish, including important commercial species, and are necessary for the survival of many migratory and resident birds. They improve water quality and recharge groundwater aquifers. They help protect coastal communities from flooding that results from storms and sea level rise while capturing and storing a significant amount of carbon dioxide, a potent greenhouse gas. And finally, they provide opportunities for education and public recreation while boosting local economies. For more than a century, most of California’s wetlands were filled and converted to other uses.  Almost half of estuarine wetlands have been completely lost, while 75% of vegetated estuarine wetlands have been lost. And many more have been converted to a different wetland type.  Along California’s South Coast a number of key patches remain. Some are in excellent shape, while others are in desperate need of repair.

The Coastal Conservancy’s work on coastal wetlands goes back to our very beginning in 1978. In order to increase regional coordination and communication among public agencies, nonprofit organizations and community members who had a vested interest in Southern California’s wetlands, the Southern California Wetlands Recovery Project (WRP) was created in 1997 and has been working to re-establish a healthy mosaic of wetlands, rivers, and streams from San Diego to Santa Barbara counties. The WRP—chaired by the California Natural Resources Agency and staffed by the Coastal Conservancy—is made up of 18 State and federal agencies working with scientists, local governments, conservation groups, businesses, and educators, a true collaboration.  Over the past 15 years more than $631 million has been invested in 206 wetlands projects. The State of California has contributed more than half of that funding. 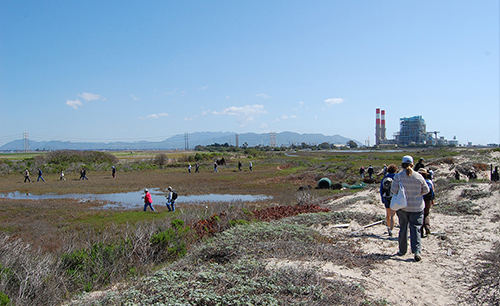 The WRP’s workplan identifies the priority projects for the region, projects like the Ormond Beach Wetlands in Ventura County. The goal of the Ormond Beach Wetlands project is to acquire and restore at least 1,200 acres and integrate these wetlands with the 3,000-acre Mugu Lagoon dunes and wetlands complex.  Public ownership will allow for restoration of most of the historic extent of the coastal  wetlands, beach, dunes and associated uplands that were there before conversion to industry and agriculture. A future final restoration design would restore historical lagoons, including related ecotones and grasslands, and allow room for sea level rise and storm erosion in accordance with climate change models.

And we don’t just work on the South Coast. The Coastal Conservancy has worked with public and private partners to protect and restore more than 50,000 acres of wetlands in coastal areas and around San Francisco Bay. The Conservancy has supported hundreds of wetlands projects and has been a leader of the State’s largest restoration efforts for the last 40 years!