The Conservancy at 40: Urban Greening 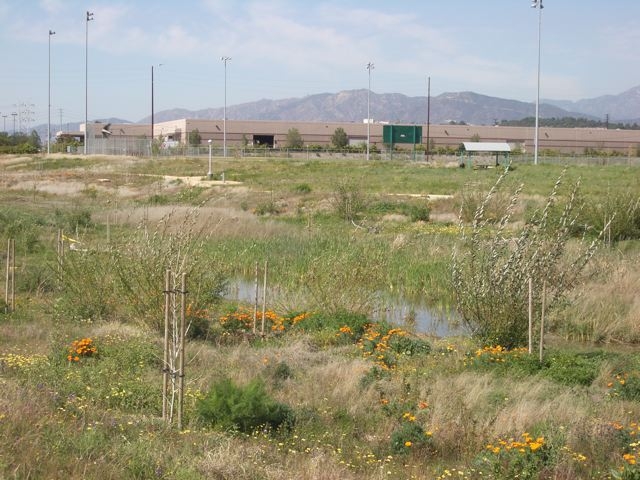 The Coastal Conservancy was established with the core mandates of providing public access to California’s coastline and preserving endangered coastal habitats. Urban greening projects have emerged as an approach that blends the two goals in unexpected ways. Streets, medians, parking lots, and parks can bring nature to people and all the attendant benefits that come with having a respite from a heavily urban environment. They are also constructed in ways that benefit water quality, provide habitat for native species, capture and reuse stormwater, and provide shade and cooling that help reduce energy demand. Projects that incorporate those elements are referred to as urban greening projects. Green infrastructure helps restore the health of the watershed, which translates into a healthier coast, and a better environment in which people can recreate.

When first attempting to restore coastal wetlands back in the early 1980s, Conservancy staff quickly realized that most impacts were generated in the upper watersheds. Urbanization, agricultural practices, timber harvesting and other land uses in the watersheds affected the amount of sediment produced and transported, and the amount and quality of water in the streams feeding the coastal estuaries. Soon we were expanding our project scopes to include land use practices in the watersheds. In Los Angeles, the LA River became a focus of efforts to restore natural functions within the LA River watershed, and the Conservancy worked with California State Parks to create a natural park area within Rio de los Angeles State Park.

In 2008, the Coastal Conservancy worked with the City of Los Angeles Public Works Department to create the Riverdale Avenue Green Street Demonstration Project, from which the City adopted residential green street building standards. The project involved installation of infiltration tanks under the street to collect runoff, and bioswales in the parking strips. In 2012 the Conservancy gave a grant to The River Project to undertake the Los Angeles Rainwater Harvesting Project (aka Water LA) to work with homeowners in two different neighborhoods to redesign their front gardens to allow for stormwater capture and infiltration by creating bioswales and replacing concrete driveways with permeable surfaces. 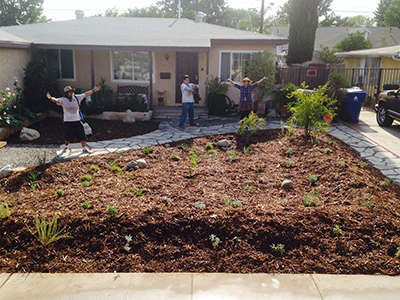 Our work on climate change has increased since 2012, and several of our Southern California Climate Ready projects have focused on the water-energy nexus. Los Angeles in particular draws a huge amount of water from the State Water Project, which pumps water from northern California over the Tehachapi Mountains, into LA County. By reducing the amount of water pumped, less energy would be consumed and, by extension, fewer greenhouse gases emitted. Grants to the Council for Watershed Health and Community Conservation Solutions looked at Stormwater Capture as a Climate Adaptation Strategy and at Green Solutions for water capture and reuse on publicly owned land.

We look forward to a future where green streets are the standard, parks that provide multiple benefits to wildlife and humans are ubiquitous, and our coastal watersheds are healthy with clean water in streams and acquifers.