Brown Pelican in flight at Moss Landing by Don DeBold

Ten projects to protect and restore coastal habitats and coastal watersheds up and down the State of California will be recommended to the board of the State Coastal Conservancy as part of the first round of funding from the Water Quality, Supply and Infrastructure Improvement Act of 2014 (Proposition 1).

These projects, detailed below, range from native oyster restoration in San Diego Bay to protection of land in Salinas to restoration of wetlands in South San Francisco Bay to restoration along the Lower Eel River. The Coastal Conservancy is conducting quarterly grant rounds with the Prop 1 funds. This first round resulted in a recommendation for ten projects totaling over $4 million. The second round of proposals, focused on anadromous fish restoration, are being evaluated now, and a third request for proposals will be announced soon. It is anticipated that Prop 1 grant rounds to fund multi-benefit ecosystem and watershed protection and restoration projects will continue for five years.

“The coast is critically important to California’s life and economy,” said Sam Schuchat, the Coastal Conservancy’s executive officer. “These grantees will help restore our coastal ecosystems and coastal watersheds for the multiple benefits they provide to wildlife and people and help implement the California Water Action Plan.”

The Coastal Conservancy is a state agency that works with the people of California to protect and improve the coast and San Francisco Bay. The conservancy has helped open more than 100 miles of coast and bay shores to the public and preserve more than 300,000 acres of wetlands, wildlife habitat, parks, and farmland.  More information about the Coastal Conservancy’s grant programs can be found here.

On Friday December 18, the U.S. Army Corps Chief of Engineers signed a report recommending Congress authorize the first phase of the South San Francisco Bay Shoreline Project for construction. The Santa Clara Valley Water District and State Coastal Conservancy have been working in partnership with the Army Corps for more than 10 years on this major flood risk management and ecosystem restoration project that will protect Santa Clara County communities ringing the southern part of the San Francisco Bay from tidal flooding and rising sea levels.  Read more here. 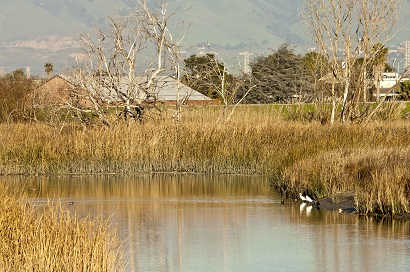 Flooding and Wetlands: What is the Connection?

Extreme storm events and sea level rise will have significant impacts on the California Coast and San Francisco Bay Area.  Check out The Water at Bay, an excellent new mini-documentary about flood risk and wetlands restoration in San Francisco Bay, produced by Our Bay on the Brink.  Wetlands and other natural habitats can serve as a buffer between flood waters and communities, reducing the impacts of flooding.  To learn more about the projected economic impacts of a major storm on the Bay Area and recommendations to prepare the region, read Surviving the Storm, a report produced by the Bay Area Council Economic Institute, with project support by the State Coastal Conservancy.

A methodology for project proponents to financially benefit from reducing greenhouse gas emissions by accessing carbon markets through the conversion of land to wetlands and rice is now available in draft form. This methodology focuses on the Sacramento-San Joaquin Delta, San Francisco Estuary and the coast of California. The Delta Conservancy held an initial stakeholder meeting to receive input from interested parties and the presentation from this meeting is available below. In the coming months, the methodology will be submitted to the American Carbon Registry for consideration.  At this time, there will be further opportunities for public engagement as a part of the review and approval process.

For a copy of the draft Protocol, click here.

From Border to Border: The California Coastal Trail

Check out this great video about the California Coastal Trail by KCET, featuring San Diego County Supervisor Greg Cox and some fabulous footage of the California coast. For more information, visit the KCET web site here.

The deadline for comments was March 23, 2015. The Coastal Conservancy will hold three public meetings around the state for the purpose of receiving comments on the draft guidelines:
March 11th in Sacramento, 901 P street, from 9-11am;
March 19th in Oakland, 1330 Broadway 11th floor, from 2-4pm; and
March 20th in Los Angeles, 320 West 4th Street, 7th floor conference room, from 10am-12pm.

With the passage of Prop 1, the Coastal Conservancy can continue its mission to protect and restore California rivers, lakes, streams, and watersheds. END_OF_DOCUMENT_TOKEN_TO_BE_REPLACED

END_OF_DOCUMENT_TOKEN_TO_BE_REPLACED 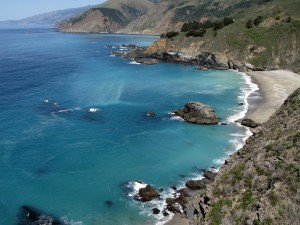 Thanks to State Senator Mark Leno and the Natural Resources Defense Council, a state resolution (SJR 20) passed through the legislature in August of 2014 that salutes the 50th anniversary of the state’s leadership and innovation in coastal planning and management and proclaims February 16, 2015, and each third Monday in February thereafter as “Safeguard Our Coast Day”.

Ann Notthoff of the Natural Resources Defense Council put it well: “Our coast defines us Californians.  We have the best coastal management system in the world.  Thanks to that and strong public support, California’s coast is beautiful, our tourism economy is booming and the marine life that call it home have a healthy future.  Constant pressures will always mean the coast and ocean are never “saved,” but we are lucky to have a coastal program that gives us the tools to keep our coast as healthy as possible. “ END_OF_DOCUMENT_TOKEN_TO_BE_REPLACED 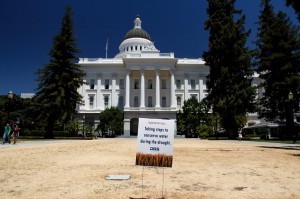 My Lawn Is a Lovely Shade Of Brown

A great many lawns are a lovely shade of brown in California right now as we are well into the third year of the worst drought since the 1970s. That includes the lawn around our state capital, which the Department of General Services let die. There isn’t very much anyone can do in the short run about the drought, other than conserve as much water as possible and hope that next winter is at least a “normal” winter if not a wetter than normal winter. In the long run however, there are plenty of things we can do, particularly in our coastal cities, to adjust to the realities of periodic droughts and the impacts of climate change on our water system.

END_OF_DOCUMENT_TOKEN_TO_BE_REPLACED

On Friday, April 25, 2014, the Coastal Conservancy and Corps of Engineers took the final step in the restoration of Hamilton Airfield to tidal marsh habitat, breaching the levee that has separated Hamilton from the Bay for over a century.  END_OF_DOCUMENT_TOKEN_TO_BE_REPLACED